“Dangerous activities being passed off as ‘team building’ ” would probably be an even more appropriate title.

Remember a while back I did that spoof “A Modest Proposal to Shrink Team Building Budgets” and I had an activity called “The Height of Frivolity” using Pac Man? That was tongue in cheek. I assure you I wasn’t serious. I was just making fun of some of the silly activities that were being passed off as “team building”.

Well this has one has me beat. I can’t take credit for discovering it though. @teambuildingny shared it on Twitter. He saw the first video on the Backpacker Magazine Blog. On Twitter they are @backpackermag

Before we go any further, based on Michael Cardus’ comment, let me be 100% crystal  clear:

I would not even put them in the category of “team recreation”. Treetop walking (a safe activity) as an energizer during a retreat or as a recreational activity for a team outing is one thing. Tree jumping, ski tree jumping and free falling are very dangerous activities with significant risks.   Companies have found themselves involved in lawsuits when they pressured employers to participate in activities that are dangerous or even humiliating.

Adrenaline junkies in some executive suites combined with an “anything a group does together is team building” mentality is a slippery, dangerous, and, at times VERY expensive slope.

I found another clip that shows this happens in the winter too. In this video, the jumper misses his target.

Here is my response.

In case you think organizations aren’t really spending money on this, check out this story about taxpayers in the UK who are FUMING about the wasted spending:

On another day, 54 staff were treated to a day of outdoor pursuits at Treejumpers in Paddock Wood at a cost of £6,404 to the taxpayer.

The reason stated for the Treejumpers away day – which was repeated just nine days later for a smaller number of workers at a cost of £2,891 – was that it was a ‘team event’.

This is equivalent to about US$10,000 – US$12,000. This could have provided professional business facilitation and less risky recreational activities for 2 days, 1 day per group or a 2 day combined retreat for both groups.

By the way, the same company in the UK that offers this also offers “Alien Invasion” and “Spy Plane Down” in the Corporate section of their website for “team building”. 😆

As ridiculous and dangerous as it seems, this extreme “sport” is gaining increasing popularity in Norway. The way things are heading, it’s only a matter of time before it reaches North America and some company decides to offer it as “team building”.

First here is a short clip to show how it works. Apparently, the goal is to go as high as possible in the tree and grab on to it.

Apologies for the title of this next video but it was the only clip I could find that was long enough to fully demonstrate how it works with a group. I will replace it as soon as I can find another clip:

Here are is the link to the video for the:

I don’t know about you but I can’t stop laughing. Laughing isn’t really the appropriate response though as someone could get serously hurt engaging in this type of activitly but I just can’t believe how ridiculous this seems. I don’t know of about any companies that have done this for “team building” yet. I hope I don’t have to eat my words.

I didn’t know about this until a week after I did the blog. I have my mother to thank for this. She wasn’t aware of the focus of my recent blog post. Call it serendipity. She sent me the link asking “A wha’ dat?” I had no idea so I decided to check into it.

I was going to let this next video clip speak for itself. Now I am sorry I Googled it. Yes folks, I DO have to eat my words. There IS a company (in the UK) marketing Parkour for, you guessed it, corporate team building. Think this can’t happen in North America? Time will tell. Earlier this year, permission was granted to build the first Parkour park in the USA in Texas. It will be interesting to see how this unfolds.

All of this reminds me of the extreme sport that 60 Minutes profiled a few months ago in which people hurl themselves off cliffs and then (half way down) release a parachute. There has already been one death from that. You mark my words, it’s only a matter of time before some company spends money on this for “team building”.

Update: Unfortunately, people are starting to die from this.

I knew I would have to eat my words before too long. Yes there are companies in Australia, New Zealand, the USA that offer something similar for corporate groups. The companies in Australia and New Zealand market it as team building on their websites. The company in Las Vegas doesn’t…..at least not yet. It’s called Base Jumping and it involves a parachute not a wingsuit as in the example that was on 60 Minutes. Unbelievable!! Take a peek:

Base Jumping is illegal in many countries. In New Zealand, there is even a company that offers base jumping (with a harness) from a tower in an urban area that is as tall as a highrise. They are marketing it for team building. While they have attempted to reduce the risk, my quetion is “What’s the point and what does this have to do with team building?”.

Extreme Team Building: Does it Work

Honestly, what some companies will do in the name of team building. I wonder how much money they spend on that one and how they can cost-justify an activity like that in terms of R.O.I.

Seems like a case of WAY too much testosterone to me. However, there is more to it than that. Remember, that CEO I wrote about a few months ago? She thought giving her team giant boxing gloves and putting them in a ring to beat each other up was a great team building activity. I guess I should let her know about THESE options….no thanks.

The question is “does an extreme team building approach work?”. I’ll let you be the judge:

Extreme Team Building: Is it worth it?

Wilderness Survival team building is one thing. We offer it in safe and controlled environments. Why take things to this extreme:

Creating Team Building That is Effective Fun AND Safe

These articles deal with best practices in team building and the ingredients that are need to design and deliver team building that is effective without reducing the fun factor.

Executive Oasis International is a Toronto based management consulting firm that designs and facilitates team building retreats and simulations in Dubai, Abu Dhabi, Oman, Canada, Asia, and the Caribbean.

17 thoughts on “The Height of Stupidity in Team Building” 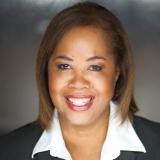 Survive, Thrive & Grow Even
in the Midst of Turbulence

Articles may NOT be re-printed in full without the written permission of the author.

Except as otherwise noted, photos are the property of Executive Oasis International and may not be used without written permission.

We are always interested in improving our services. Please help us by taking our quick survey. It takes less than 60 seconds. To thank you, we will give you free access to our Team Building R.O.I. Calculator